Stuart spent much of his time growing up predator hunting and now primarily bow hunts for elk. He completed the Iowa Slam in 2016, and missed the Montana Slam in 2020 by one animal (antelope). He currently works as a retriever trainer.

Harrison grew up hunting, trapping, and fishing. He has hunted or trapped every animal in Iowa. He has also hunted tahr, goats, hogs, and red deer in New Zealand, antelope in Wyoming, elk in Colorado, and hogs in Florida. He spends the summer raft guiding and kayaking in Colorado and Washington. The idea for Iowa Slam was formed from his 2015 hunting season.

Max grew up in Atlantic, Iowa as well but now lives and works in New Zealand. He enjoys trapping possums as well as hunting deer with his dogs Jepto, Goose and Peggy. He traps invasive species for the Department of Conservation. Max completed his New Zealand Slam in 2019 by shooting a tahr, red deer, fallow deer, and chamois. 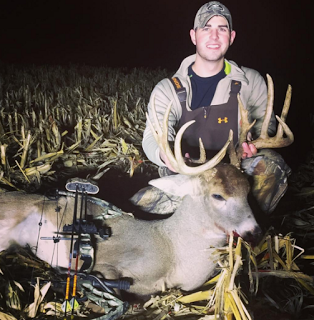 Jared is an accomplished deer hunter with a bow and muzzleloader. He is also a member of the U.S. Army. Jared has shot antelope in Wyoming each of the last two seasons, and he also hunted elk in Colorado with Stuart and Harrison.